Steak is not my favorite food. I don’t like eating any huge chunk of meat that I have to cut into smaller pieces. No idea why; it’s just a thing. Same with chicken breasts and pork chops. I’d rather have all the work done for me so I can just stuff my face.

The pinnacle of tasty side dishes is creamed spinach. First, it goes with everything. Second, everybody loves it. Third, you get healthy spinach covered in a creamy, gooey sauce. Sign me up.

OK, story time: so Chris is not much of a cook. He really has no interest in it. But one time in college he wanted to make me dinner out of a cookbook I got him when he moved into his first apartment. He made this recipe and it was delicious. Primarily because of the spinach filling!

I immediately copied down the recipe for just the filling part and it has become my secret dinner weapon. Everyone thinks you’re fancy if you make creamed spinach from scratch. Over the years I have changed and adapted it to suit my needs and it’s always a hit. Don’t like feta? Use Parmesan or Pecorino Romano instead. No Greek yogurt? Sour cream or even cottage cheese works in a pinch.

I made this in the same pan after I seared some absolutely stunning sirloin steaks, so it turned out a little brown but added tremendous flavor. In a clean pan, this should come out a bright and cheery green. 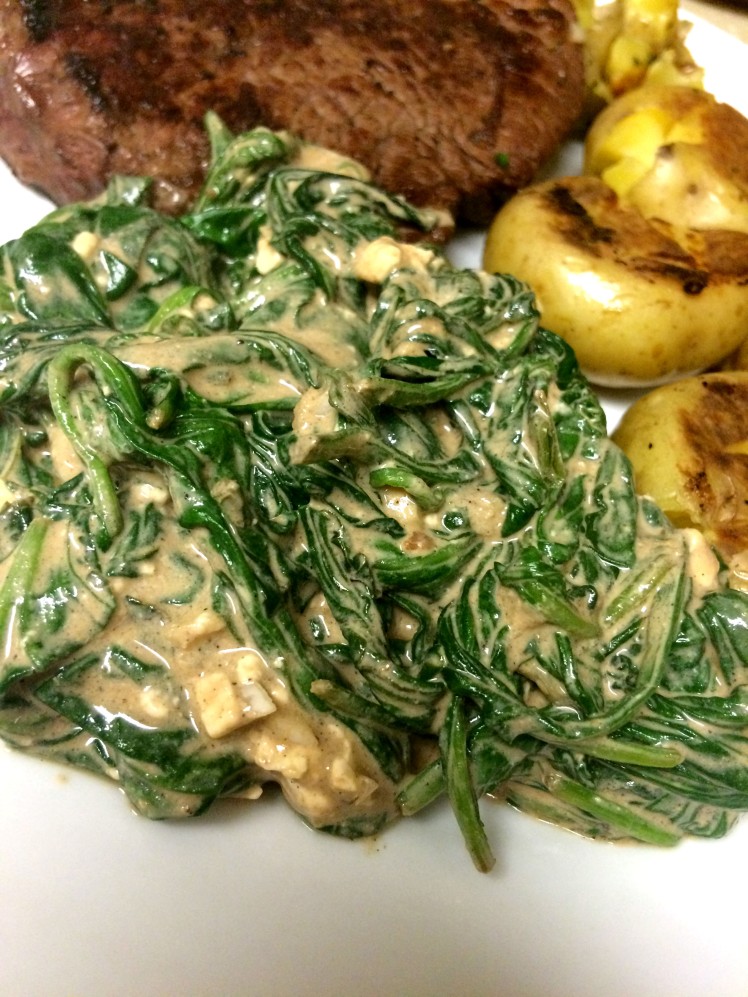 Combine the yogurt, feta, and garlic in a small bowl, then stir into the spinach. Still over medium heat, stir continuously until the yogurt has incorporated fully into the spinach. Note: feta will most likely not melt completely, but other cheeses such as Parmesan will melt into a beautiful, creamy sauce.

Alternate method: If you are in a time crunch, place half the spinach in a microwave-safe container and microwave for about 1-2 minutes, stirring every 30 seconds. Again, once the spinach is wilted, add the remaining spinach and again microwave until all spinach is wilted. Add the yogurt, garlic, and cheese and stir to combine. 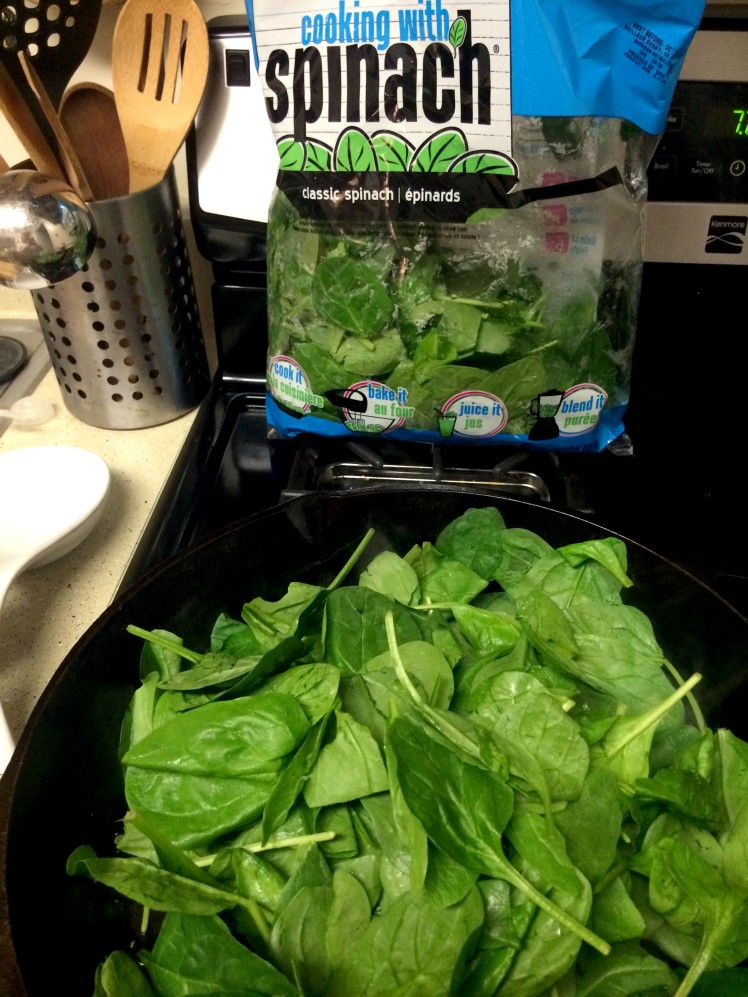 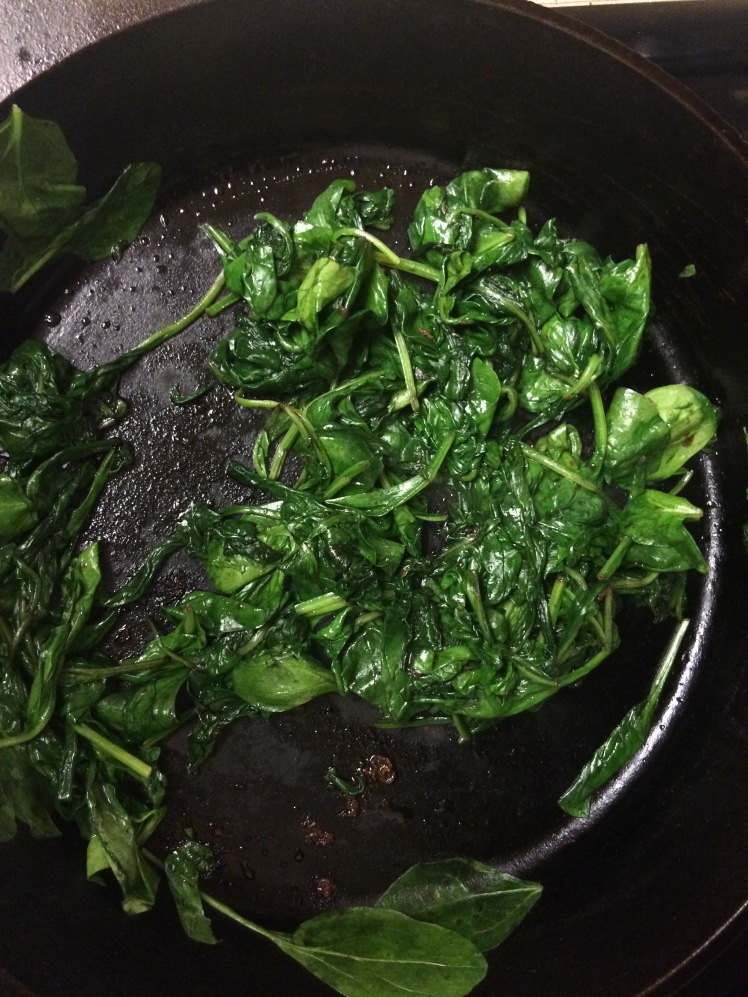